I was overjoyed when WH & J announced their engagement. I have known them for many years and have witnessed how they have grown as a couple. However, the engagement news was not the only surprise from them. First, WH asked Dan to be his best man. Then, they approached me to make their wedding cake.

Honestly, I have never really thought of venturing outside of simple home-baking. I love baking simply because I love to eat the produce. However, a wedding cake is out of an amateur baker’s league.

With great reluctance, I did a few practice bake just to see if it is good enough to be presented to the couple. I found the perfect White Chocolate Mud Cake recipe from my favourite Exclusively Food site.

My confidence started to build up after several practise run. Special thanks to those who became my guinea pig in the process of perfecting the wedding cupcake: in-laws, cell members, colleagues and friends. 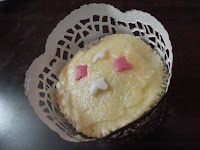 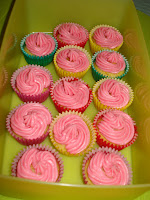 Decorating is another challenge for the cupcake. Not only it has to taste good, it has to look good too. After all, it’s a wedding! After several sessions of YouTube cake decorating tutorials, the rose swirl became the chosen style. 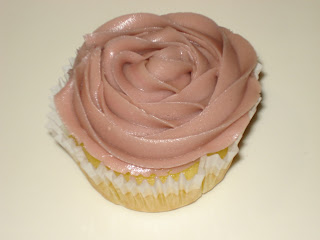 The rose paper doilies were used to add a touch of vintage look. 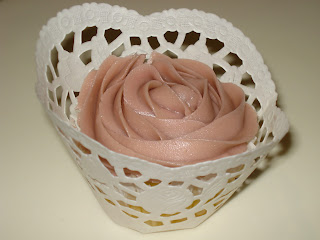 The bride-to-be was happy, so decision has been made.